“Harry — yeh a wizard” is my most favourite line from any book I’ve read, ever.

When Hagrid bashed down the door of that shack in the middle of the ocean, he created gaping holes in the walls of my imagination that I have absolutely no desire to repair.

Without Jo Rowling, Hagrid, the shack and the whole wizarding world of Harry Potter would never have existed. Which is why I was reluctant to trust someone else to jump into Hogwarts and do its legacy justice, even if her careful eyes were close by to oversee the process.

Harry Potter and the Cursed Child was like the new kid at school. I smiled nicely, asked a few polite questions but deep down I wondered how it would fit in.

The truth is, it didn’t really fit in. But how could it? Jack Thorne isn’t inside Jo’s head. He could ask her questions but he couldn’t look around, touch, feel and smell the world that she built. Or peer inside the characters’ minds in the same way to see what they had for breakfast. But he could give us a glimpse at how Hogwarts looked through his eyes. 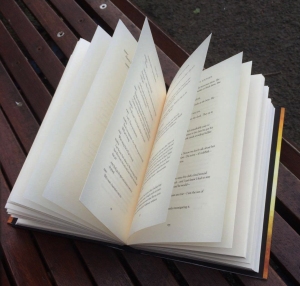 Because of this, I thought the book read a lot like fan fiction. Like a muggle’s interpretation of the wizarding world.

Harry, Ron, Hermione and Ginny didn’t really speak the same way and the storyline flowed in directions I found hard to fathom. The main plot seemed unoriginal in comparison to the always imaginative seeds Jo planted and nurtured throughout all seven books.

It was like those sit com mashups they used to do in the naughties, where the characters from two shows would come together for a super special collaborative episode. It kind of feels like you’re dreaming to begin with because you recognise everyone and everything in the scenes, but you find the whole thing hard to believe because they’re not presented in the way you’re familiar with.

I wasn’t used to hearing Ginny and Harry talk like a married couple or seeing anyone other than Harry, Ron and Hermione using Polyjuice Potion or the Time Turner. The way that all this was approached just didn’t really sit right, it didn’t give me the same buzz of excitement that had accompanied every turn of a page in the original series.

But then I’m torn, because if Jack had completely changed the setting or conjured up new magical objects I would have found the story even harder to grasp.

So I appreciate that he gave me something to cling onto, even if he took the story in a direction that didn’t have as much finesse as I’d come to expect.

And even though it was different, it gave me enough. It plunged me back into the same room as Harry, Ron and Hermione, and walked me through the Great Hall once more. 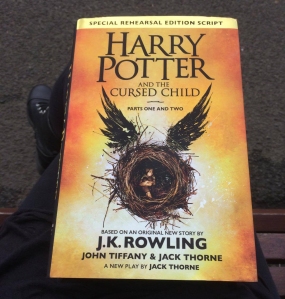 I would love to see the scenes acted out on a stage, the way they were intended, so I could see how the storyline looked when it was brought to life. Would it be more believable? Would the words coming out of Harry’s mouth seem more genuine?

If the play ever comes to Australia, I’ll be sure to find out.

And if it doesn’t, I hear the Floo Network is quite reliable when travelling across borders. 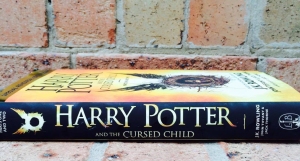