Documentarian and pot-stirrer from way back, Michael Moore, brought out a new film this week with the suitably controversial title, Where Shall We Invade Next? Despite the stab in the ribs that the title seems to give American politicians, in reality the idea that ties the whole movie together is as simple and complicated as this: there is hope.

Moore sets off on a journey around the world to ‘invade’ countries that seem to be better at life than the United States, with the intention of stealing their 10/10 ideas and bringing them back to the US. He eases us into the palava with a trip to Italy where they get around 7 weeks of paid annual leave per year. He then sets off to France where 8 year olds are served school lunches with vegetables that taste like real vegetables, which is in stark contrast to the  the non-descript slop served to American school kids.

Things get heavier around the halfway mark, when a trip to Germany reveals that kids are thoroughly informed about their country’s dark past. The Holocaust is not censored out of their school curriculum, which Moore not-so-subtly suggests is how America chooses to deal with the slave trade. Instead, the Germans face it head-on in the hope that nothing so unthinkable ever happens again.

A subsequent pitstop is made in Portugal to suss out their decriminalised drug system, which treats drug addiction as a healthcare issue rather than a criminal one. In essence this means treating drug addicts like human beings and giving them the support they need to get clean, instead of throwing them into a prison where their nasty habit will probably get worse. Drug use did not skyrocket in Portugal as many people predicted, and in fact drug-induced deaths and HIV rates have both plummeted as a result of their progressive approach. 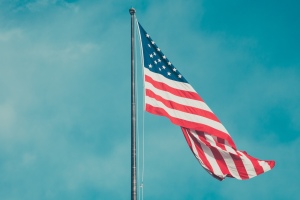 Moore is the king of juxtaposition, so it’s not surprising that he had a field day comparing these strategies with those being rolled out in America. But at every step along the way, he is told that the policies that have been put in place actually stemmed from American ideas. The Italian employment benefits are an effort to work towards the American eight hour work day. The underlying idea behind the drug rehabilitation approach in Portugal is based upon the American Constitution, which states that no one should receive cruel or unusual punishment.

Hence my feeling of optimism. We already have all ideas we need to make the world a better place and they are being put into practice, and succeeding, in countries across the globe. Granted, the nation that hatched those ideas may have lost it’s way and a few copycat nations are following them down the same destructive path. But we have the shovels we need to fill in the holes that have appeared in our societal structure. We just need to find the courage to use them.

I don’t mean to sound naive, I know ideas alone won’t make the world all sunshines and rainbows. But they’re the first step on a long road of hard work to achieve the greatest good for the greatest amount of people. How do we know how strong society could be if we don’t give some new ideas a red hot go?

Albus Dumbledore once said, “Happiness can be found, even in the darkest of times, if one only remembers to turn on the light.” Well Her Royal Highness JK Rowling wrote it, but you catch my drift. Michael Moore reminded me that we have a light switch to reach for, I wonder what we’ll see if we flick it on.