A book about a man who purposefully drove his three young sons into a dam was never going to be a breezy read, but the grace with which Helen Garner approaches the trial of Robert Farquharson in This House of Grief teaches us more than shock or horror ever could. It’s easy to throw a villain to the gallows, but it takes a great deal more courage to try and understand how they came to be cast in their wretched role.

Being exposed to new ideas is the main reason I read so I won’t be writing run-of-the-mill reviews on this blog, but rather writing about the power authors hold to change my perspective. I’m hoping that by looking closer at how the authors’ writing style and use of themes alters my outlook, I’ll be able to hone in on why I feel affected by certain books and use this awareness to improve my own writing. So here we go…

Opening the pages of This House of Grief is like tumbling into Dumbledore’s Pensieve, falling like a leaf until you land on the hard, wooden bench of Melbourne’s Supreme Court. Helen (I’ll use her first name because in my mind she’s my friend) has warmed the spot next to her ready for your arrival, and once you’re seated there’s no turning back. She whispers in your ear to decode the court jargon and describe the facial expressions and mannerisms of all those on show on the jury, in the witness box and at the defendant’s bench. She allows you to shadow her on her trips to and from the courtroom, and eavesdrop on conversations she has with the victims’ grandparents, personal friends and herself.

It was lucky that I was a manic, and truth be told oblivious, VCE student when Farquharson was convicted for murder in 2010, because it meant that I read the book in a luxurious state of ignorance about his already sealed fate. It allowed me to be guided by Helen through the moments she had carefully selected so I could make up my own mind about its likely outcome, all the while sensing the torment she suffers in making up her own. The root of her struggle lies in Farquharson’s apparent normalcy, as she paints him as a stout, beady-eyed Aussie bloke who would be more at home in the queue at the fish and chip shop than on trial for murder. 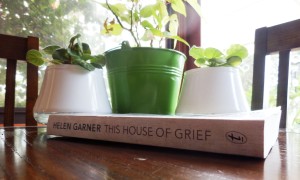 Helen has described the accusing fingers that were jabbed at her in the aftermath of the book’s release, musing that “People seem more prepared to contemplate a story as dark as this if the writer comes galloping out with all moral guns blazing” (The Monthly, July 2015). God forbid a show of empathy. But in the moments she takes to weep and picture the boys as silver sea creatures to make their pain more bearable, she reassures me that I’m not the only one who defaults to emotion and imagination when trying to understand the unthinkable.

I don’t feel sorry for Farquharson but reading his story stirred up my emotions and I realise now that this doesn’t make me a flake. Helen taught me that it’s okay to feel more than just anger, that hurt and heartbreak are just as acceptable because there is no light at the end of the tunnel for anyone caught up in such a tragedy. But even though I’m not obliged to react a certain way, if I want to be like Helen when I grow up, I have to tune into these heart pangs and use them to answer the long list of questions that we all have about the workings of the world. 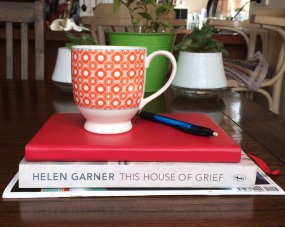 Lightbulb moments come at the most curious times, and they can change our outlook in ways we would never predict. Somehow, Helen Garner managed to turn one man’s tragedy into a story that helps me conceptualise the senseless pain and suffering in the world, and this will forever influence the way I write. To reflect the weight of her words and the imprint they left on me, the dimensions of her book would have to swell to at least ten times their original size.